Find the 49ers on 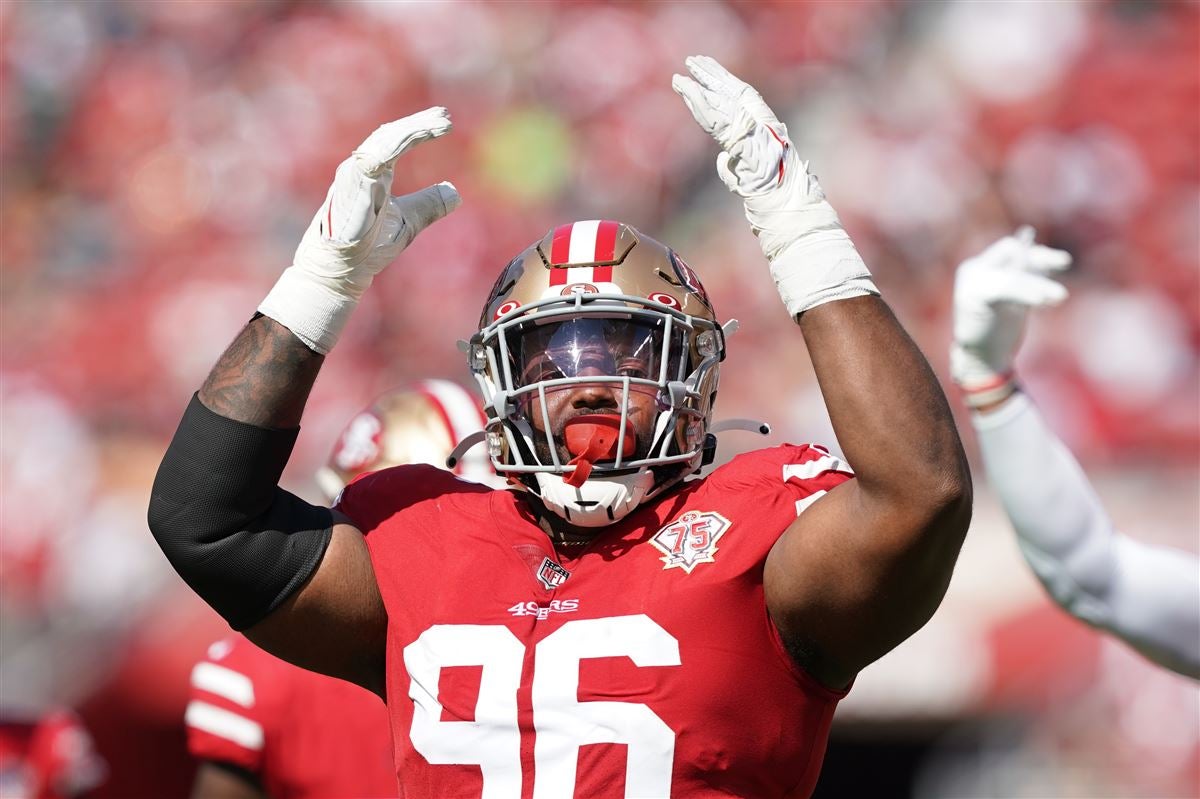 Reuben Foster is once again attempting a comeback. According to Barry Jackson of the Miami Herald, the linebacker is working out for the Dolphins on Friday. Foster’s last reported workout was for the Browns last September. He had also worked out with the Jets and Jaguars, but did not find a team for 2021. A [more] As more and more receivers get paid, others who are due to get paid will expect to get paid. Including one specific receiver who plays the position with the physicality and intensity of a running back. While also playing running back. 49ers receiver Deebo Samuel has removed all traces of the 49ers from his Instagram [more] Defensive lineman Jullian Taylor will try to kickstart his playing career in Minnesota this season. Taylor’s agent announced that he has agreed to terms with the Vikings. Taylor last appeared in a game during the 2019 season. He tore his ACL in a Week 13 loss to the Ravens and then went on the PUP [more] The 49ers are adding some depth to their receivers’ room. Marcus Johnson has agreed to sign with San Francisco, according to agency EnterSports Management. Johnson spent the 2021 season with the Titans, though he missed much of the season due to injury. He appeared in seven games for the club with three starts, posting nine [more] Defensive end Kemoko Turay may be closing in on a place to play in 2022. The NFL’s daily transaction wire brings word that Turay visited with the 49ers on Wednesday. It’s the first reported visit of the offseason for Turay. Turay was a 2018 second-round pick by the Colts and he’s appeared in 38 games [more] Javon Kinlaw is progressing in his rehab Frank Gore’s days in the NFL are done. His second career is just beginning. Gore is scheduled to make his professional boxing debut May 14 in Jackson, Mississippi, on a Gamebred Promotions card. He turns 39 the same day. The promoter has not yet named an opponent for Gore, but the event will be streamed [more] John Lynch: Alex Mack is training like he’s coming back

49ers center Alex Mack is potentially heading into his 14th season in 2022 after making the Pro Bowl in his first year with San Francisco. But at age 36, there’s a chance Mack may retire instead. At least for now, it appears that won’t be the case. “We’ve had really good communication,” 49ers G.M. John [more] It became even more obvious over the weekend that Michigan coach Jim Harbaugh continues to have a high degree of loyalty and affection for former 49ers quarterback Colin Kaepernick, given that Harbaugh carved out an opportunity during the Wolverines spring game to give Kaepernick a chance to conduct an in-person throwing session for NFL scouts. [more] 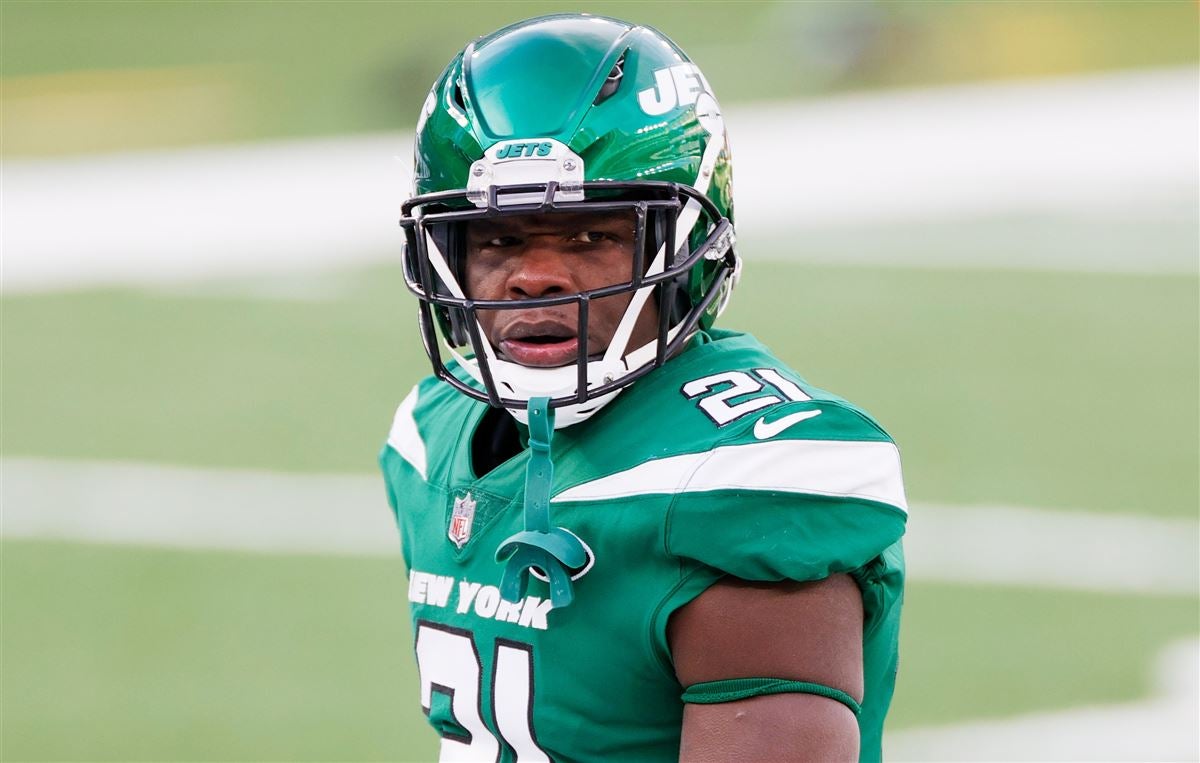 Frank Gore to retire after signing one-day contract with 49ers Frank Gore is ready to retire. Gore said he expects to sign a one-day contract with the 49ers soon, formally announce his retirement then, and hopefully work for the 49ers in some capacity. “Probably in a couple months,” Gore told TheSFNiners. “We’re still trying to figure out when I’m going to do my one-day contract, [more] Colin Kaepernick awaits NFL door to open: I can help you win games

His former NFL head coach, Jim Harbaugh, gave Colin Kaepernick a chance to throw during halftime of Michigan’s spring game Saturday. It was the second time the former NFL quarterback has gotten in front of NFL scouts since becoming a free agent in 2017. He threw to undrafted free agent and retired receivers for about [more] The NFL has shunned former 49ers quarterback Colin Kaepernick for five years. Former 49ers coach Jim Harbaugh has made it clear from the get-go that he would have embraced Kaepernick. After making multiple public comments since Kaepernick became a free agent in March 2017 supporting the player and praising his abilities,  Harbaugh has crafted an [more] Colin Kaepernick will throw during halftime of Michigan’s spring game

Free agent quarterback Colin Kaepernick will serve as the honorary captain for Michigan’s Maize and Bue spring game Saturday. His former NFL coach, UM coach Jim Harbaugh, is doing whatever he can to help Kaepernick get a chance to play in the league again. To that end, Kaepernick will participate in a throwing exhibition at [more] In 2019, Clayton Beathard, the brother of then-49ers quarterback C.J. Beathard and grandson of Hall of Fame General Manager Bobby Beathard, was stabbed and killed outside a bar in Nashville. Now the man responsible has been convicted. A jury found Michael Mosley guilty of two counts of first-degree murder in the deaths of Beathard and [more] Brian Griese had worked as an ESPN analyst since 2009. He had never coached until the 49ers hired him as their quarterbacks coach earlier this offseason. 49ers coach Kyle Shanahan explained why he is giving Trey Lance, 21, a novice coach. “I thought (Griese) could bring something different to the quarterback position,” Shanahan said, via [more] Get your popcorn ready, Terrell Owens is returning to football. The Pro Football Hall of Famer will play in the Fan Controlled Football league, Frank Pingue of Reuters reports. Owens is expected to join former Browns quarterback Johnny Manziel on the Zappers. Owens, 48, spent 15 seasons in the NFL and retired after the 2010 [more] Long live the fullback. Per Mike Garafolo of NFL Media, the 49ers are exercising the option on Kyle Juszczyk‘s deal that puts him under contract from 2023 through 2025. That means Juszczyk is now owed $3.775 million in 2022 and is fully guaranteed $1.25 million for 2023. Juszczyk has been one of the league’s most [more]